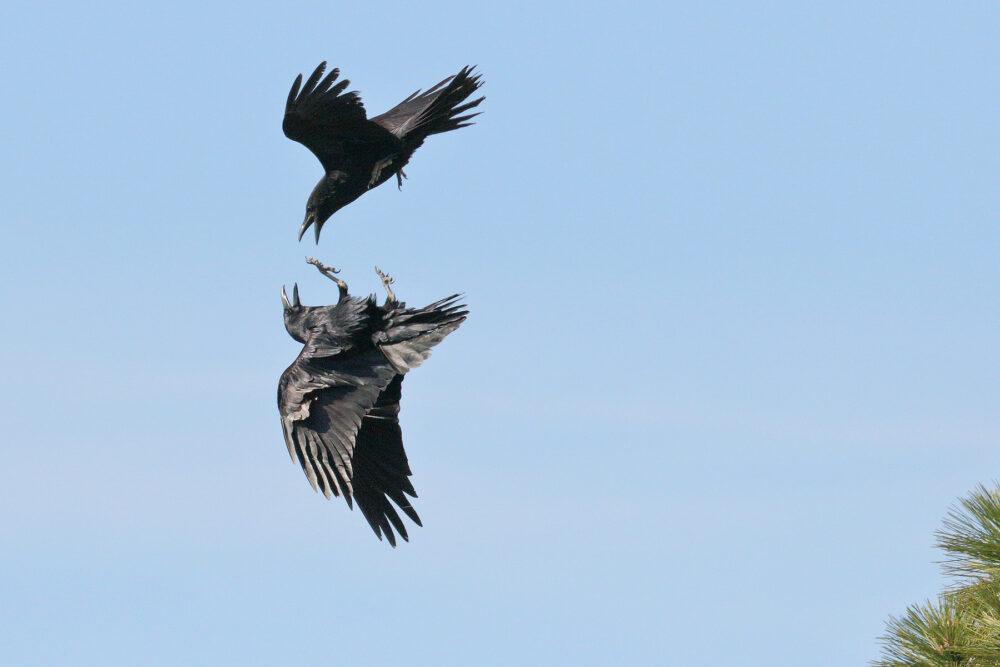 The largest of the passerines, perching birds, Common Ravens (Corvus corax) can be seeing flying high over the canyons, soaring on thermals in the Los Alamos area. Also known as the Northern Raven, these large crow-like birds are omnivorous and opportunistic feeders and consume food sources ranging from insects to garbage to small animals. Their tendency to prey on the nests of other birds does not endear them to bird-lovers, but their high-level of intelligence is impressive. They know your trash day and which bins are likely to be overflowing.

Some other interesting Raven tidbits:

Ravens can be difficult to distinguish at a distance from their smaller cousin, the American Crow. Ravens have thicker, shaggier feathers around their necks, a much heavier beak, and a deeper croaking voice (as opposed to the Crow, whose voice sounds more like a barking dog to me). The recordings below might help you distinguish the two birds by sound.

There are many interesting articles about the Common Raven on these web pages: Wikipedia, identify.whatbird.com, and allaboutbirds.org.