Home › PEEC News › For the Birds or the Bears? 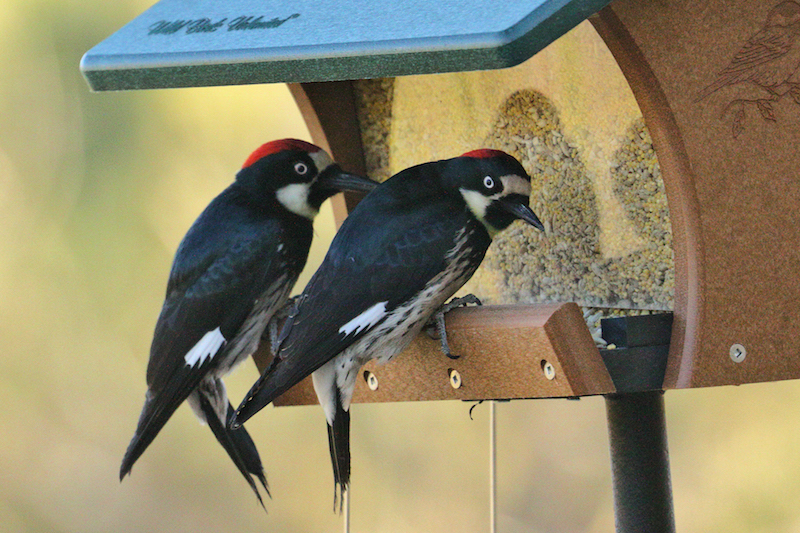 The warm weather is a great time to watch the birds at our feeders. But on occasion, we also attract other larger wildlife.
Many of us have witnessed a tenacious squirrel attempting to reap benefits from bird feeders, and there are multiple ways to deter these interactions. However, bears pose a different problem.
The best way to keep bears and other large mammals from becoming regular bird feeder visitors is to only put the feeders out during the middle of the day, when bears are less active.
If a bear discovers your bird feeding station, remove the feeders for a few days. Afterward, put the feeders out only in the middle of the day. In a worst-case situation, when a bear is determined to regularly visit your feeders, Game and Fish would probably ask you to remove the feeders for a longer period of time.

Is feeding the birds illegal? Since feeding the bears is illegal, one may wonder if it is also illegal to leave food out for birds as well, especially since bears and other wildlife may check out the feeders too. It is not illegal to feed the birds. The Game and Fish will most likely not issue citations to people feeding birds under normal circumstances.

If there were a situation where a bear became habituated to eating from the bird feeders in a person’s yard, Game and Fish would probably ask that person to remove their feeders.  If the person refused to remove the feeders, then they might issue a citation.

In the end, it is best to bring the feeders (or at least the food) inside at night and be willing to help Game and Fish keep our wildlife wild.