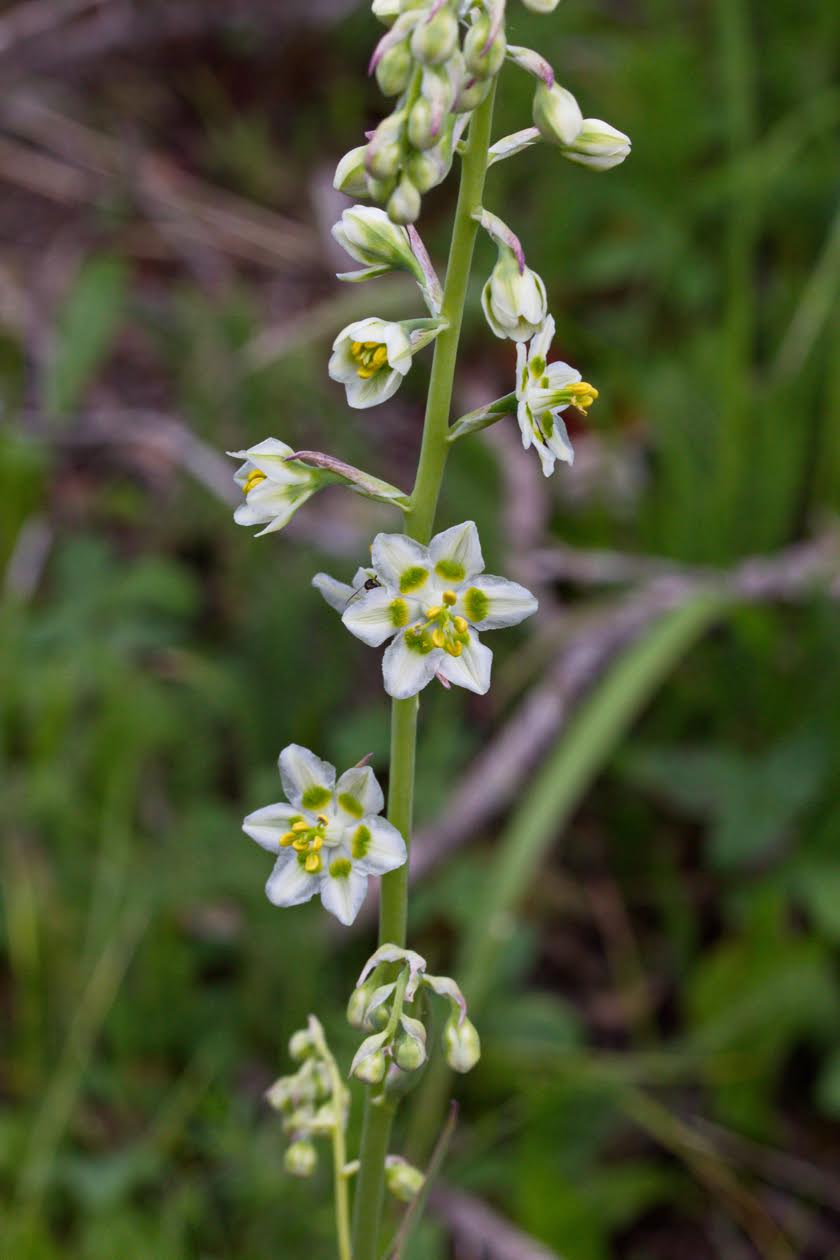 This week’s plant is another lily, Death Camas. Anticlea elegans is its new name, and Zigadenis elegans is its old one.  Its rather daunting common name points to its poisonous nature, which belies its real beauty.  To see this one you have to again go up high (as for last week’s Mariposa lily).  It’s currently blooming in a number of places, but nowhere in such numbers as on the trail between the Ski Hill and Cañada Bonito.  It’s usually about two feet tall so is hard to miss.  As with other monocots, its flower parts are in threes and sixes.  Thanks to Craig Martin for the picture, which shows its habit of sending up a single stalk with a raceme of flowers.

All parts of the plants, from the leaves to the bulbs, contain zygacine, a steroidal toxin.  While not as toxic as its cousin Zigadenus venous (meadow death camas), it causes cardiovascular distress, but hospital care usually can save the person.  This plant is not to be confused with one of the same common name also having bulbs used for food by northwest natives and made famous for being eaten (with mixed results) by members of the Lewis and Clark Expedition.  Enjoy its beauty though—one of our really pretty flowering plants. Thanks to MountainNature.com for additional information about this plant.