Now that PEEC has an architectural jewel for a home, it’s hard to remember that once it had NO home and then one that was … well, homely.

With NO building everything had to be outside. Steve Fettig’s bird-banding project was our first big chance to get kids outside seeing science. I remember a 6th grader holding a hermit thrush before it was released and saying in astonishment, “It likes me! It likes me!”

So from the very beginning we combined science with love for nature. However, some activities were less romantic: PEEC volunteers signed up for an elk survey in the Valles Caldera, imagining a thrilling experience with charismatic mega-fauna. But In fact, we were counting elk turds.

After five years, the schools let us rent the old kindergarten school on Orange Street and do school visits there. Terry Foxx remembers the gorgeous lawn for Earth Day celebrations and sledding, but first, we had to make the dilapidated building habitable. For insulation, Chick Keller led a bunch that became widely known as the “weak minds, strong backs” crew. They struggled to get permission from the schools’ building manager and the County fire inspector, then battled with the ancient ceiling wiring and pipes. After the insulation went in, the decorations crew took over and painted the ceiling sky-blue with clouds and the walls with brightly colored animals. Jenni Macke started our collection of live animals, which only escaped on rare occasions.

The space at Orange Street was peculiar. We had 2 ½ rooms and three kiddie-sized toilets. The toilet nearest our tiny office was desperately needed for a storage area not only for toilet paper (remember toilet paper?) but mainly for gifts for the gift shop. We accumulated too many oddities donated by well-meaning friends, but Nancy Arendt saved us from the wrath of the fire inspector by quietly making them disappear. And we also beat swords into ploughshares by converting a metal-lined high school ROTC weapons storage room into a repository for bird seed and fish food.

Our furnishings were cast-offs from PEEC members and the schools. Michele Altherr described our assortment of chairs as making “a bizarre history of plastic chair design.”

Raising money became an obsession. Sarah Gustafson joked, “Wow! We’re pulling down six figures! Too bad they’re all zeroes!” For the big bucks we wrote grants, but for the little bucks Felicia Orth volunteered to knock on doors selling the DPU’s energy-efficient light bulbs — the DPU could reduce the county’s energy footprint and PEEC earned $2.50 for every light bulb. In between begging at doorways and her job as an environmental lawyer, Felicia raised money by preparing fabulous dinners at annual parties for PEEC.

And now we had space for classes. Michele Altherr started the Kinnikinnick Club and always knew how to get kids’ attention with yucky experiments using millipedes, roly-polies, worms, and discarded trash. On a more elevated scale, she got these kids a personal visit with Jane Goodall. Natali Steinberg remembers how much kids loved playing in the mud and rocks of the ditch behind PEEC — until their disapproving mothers dragged them away from the mess.

And finally—our home-made exhibits, which a visiting friend of Sue Watts quaintly called “rustic.” We didn’t shelter our visitors from “nature red in tooth and claw.” Wendy Swanson’s exhibit on “Beaks as Tools” featured tweezers, pliers, and hammers. The exhibit called “Who Eats Whom” showed kids how the chain of life could be full of danger. Kids loved it — and they learned from it.

So from our humble beginnings to the amazing PEEC of 2020 — we remember and rejoice!

Article and Photos by Bob Walker

Los Alamos is a wonderful place to see a large variety of bird species. Our four-season weather and our large span of elevations in the county — from the Rio Grande River to the Jemez Mountain peaks — make for a very diverse collection of habitats that appeal to many different birds. You can explore these many different birds using the eBird, which is administered by Cornell Labs. PEEC’s Nature Guide is also a great resource to get started learning about our local birds (and other wildlife!).

Here is a list of the 20 most commonly reported birds in the county over the last 20 years that PEEC has been active in the Los Alamos area. You can see many of these birds at the Los Alamos Nature Center. If you stop by on Wednesday mornings from 10 AM – 12 PM, you can find me in the observation room chatting about birds with our visitors.

END_OF_DOCUMENT_TOKEN_TO_BE_REPLACED 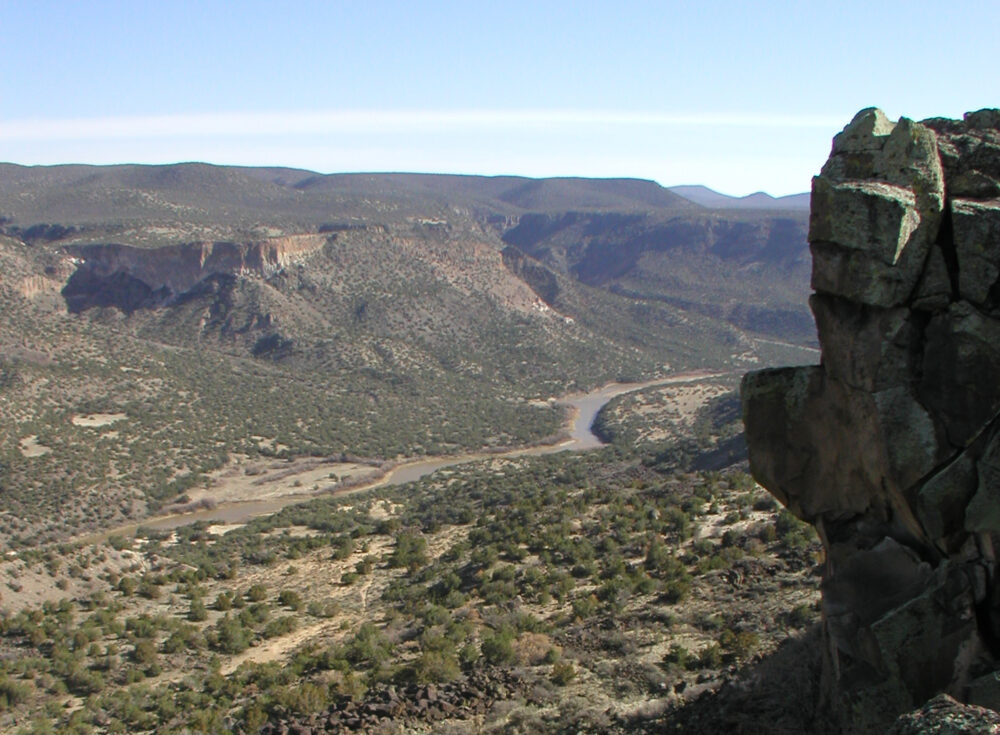 In honor of our 20th anniversary, PEEC is asking local experts and enthusiasts to share lists of 20 nature-related highlights of the Pajarito Plateau. We hope that this project teaches our community something they didn’t know about our outdoors and encourages them to get out and try something new.

To kick things off, we asked Craig Martin to share a list of his 20 favorite hikes on the Pajarito Plateau. Craig is a Los Alamos Living Treasure, former Los Alamos County open-space specialist, past PEEC board member, author, and all around local outdoor expert.

Explore Craig’s favorite hikes on the Pajarito Plateau, in no particular order, below. Learn more about our local trail system here.