Home › Nature News › Why Do Flowers Have Color? by Terry Foxx 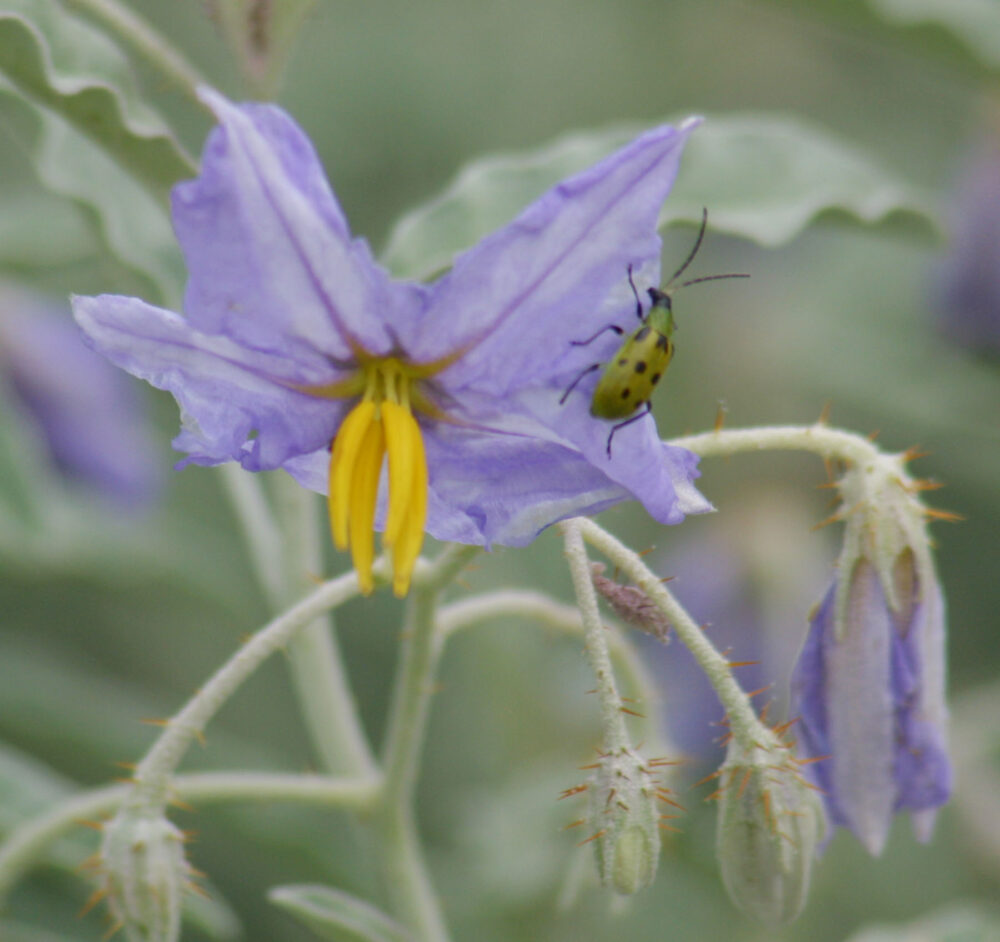 Whether in a garden or a wild landscape, varying colors of yellows, reds, blues, and greens give us a sense of the earth’s innate beauty and complexity. We note the breathtaking red of one flower and the bright yellow of another and wonder why the difference. The simple answer is it is solely for reproducing. Without the interaction of birds, bees, and butterflies with flowers, it would be a rather colorless world.

Birds, bats, bees, ants, beetles, flies, butterflies, and other insects are responsible for reproduction in certain flowers. This is called biotic pollination. Flowers have evolved characteristics over time to attract certain organisms that act as pollinators. In addition, flowers can be pollinated by wind and water: this means of pollination is called abiotic pollination.

This relationship between the pollinator and the plant is essential for survival and health of pollinators and plants. Pollinators are responsible for assisting 80% of the world’s flowering plants! Disappearance of one can affect the survival of the other.

Over time flowers have evolved characteristics such as color and structures to attract certain organisms that act as pollinators. Colors come from various pigments in the flower. Carotenoids produce yellow, orange, and brown colors. Anthocyanin produces red, pink, blue, and purple colors.

So here are some of the relationships between flower color and shape that have evolved for the purposes of pollination.

Beetles: Beetles are essential pollinators but often not recognized as important. However, over 240,000 plants world-wide are pollinated by beetles. Unlike butterflies, bees, and moths, they eat their way through flower parts. They like flowers that are white to dull white or green with strong fruity smells. They rely on their sense of smell.

Butterflies: Butterflies are active in the day when the sun warms the atmosphere. They are attracted to flowers aggregated into a head of many small flowers that are red, yellow, or orange. The long tongue of the butterfly is adapted to sucking nectar from long-tubed flowers. Flowers attractive to butterflies have sweet scents and are usually blue, dark pink, yellow-red, and purple.

Bees: In a pollination contest, bees would be the champions! Their size and agility help them pick up pollen that is transferred from plant to plant. Bees generally frequent flowers that are blue or yellow or reflect yellow-green, blue-green, blue-violet, and ultraviolet light. Bee-pollinated flowers have a “landing pad” such as two-lipped (bilabiate) flowers such as in the Fabaceae (Pea family). Bee-pollinated flowers have sweet, pleasant scents and are full of nectar. The flower often will have lines or a different color in the center to guide the bee to the nectar location. Bees collect pollen as a protein source to feed larvae. The relationship is complex, since some flowers secrete nectar only at specific times of the day when fertilization takes place; bees visit only at that time.

Moths: Pollination takes place during the day but also the night. Moth-pollinated flowers are generally dull in color or white, open late in the afternoon or night, and are pollinated at night. Flowers often are tubular and pollinated by night-flying moths.

An example of a plant that has an interesting relationship with moths is Sacred Datura or Jimsonweed (Datura wrightii). Sacred Datura begins opening in the late afternoon, slowly unfurling until the funnel-shaped flower is fully open in the evening. The flower is visited by sphinx or hawk moths. They have a long proboscis which can reach into the nectary at the base. As they gather the nectar their heads become dusted with pollen. The narcotic nectar produced by the plant causes the moth to become “addicted,” so it solely visits the Datura. The hawk moth can be seen hovering over a plant waiting for the flower to open to get a fix.

Birds are attracted to flowers that have tubes, funnels, or cups and petals that spread outward. Hummingbirds are important pollinators within the United States but other birds in other regions can be pollinators. Examples are honeyeaters and honeycreepers in Hawaii and Australia. Generally hummingbirds are attracted mainly to red flowers but also to yellow or orange flowers. When they thrust their bill into the flower, their head becomes dusted with pollen, which is then transported to the next flower. Bird-pollinated flowers do not have a scent but have abundant nectar. Birds have a poor sense of smell but good eyesight. Plants that are red such as the Skyrocket Gilia and Scarlet Bugler are sometimes called “hummingbird flowers.”

Ants: Ants love nectar and often visit plants to collect the energy-rich nectar. They visit low-growing plants, often with inconspicuous flowers. The flowers are usually close to the stem.

Wind-Pollinated Flowers: Wind-pollinated flowers are generally not showy and include plants like grasses, some trees, and weedy species. The male flowers may be in pendulous catkins. An example would be Boxelder Maple. In our area the best example is the juniper. The light pollen can be blown on the wind and travel many miles; it is called pollen rain.

One comment on “Why Do Flowers Have Color? by Terry Foxx”